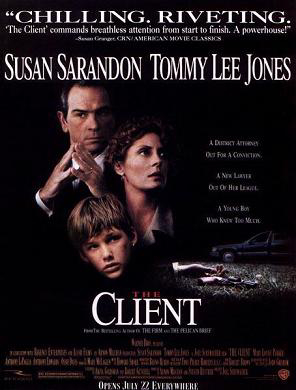 I’ve been a John Grisham fan ever since my grandfather gave me my first copy of The Firm while I was still an undergrad. I was instantly ensnared by Grisham’s fast paced and intricate legal dramas that explore how traditional ideas of right and wrong tend to flex within the constraints of the law. As with any good legal thriller, Grisham’s novels are usually filled with high stakes crime, mobsters, and unsavory attorneys with questionable ethics. The 1994 adaptation of The Client is no exception to the Grisham best seller recipe, and tells the tale of a poor Memphis boy, Mark Sway, who is targeted by the Italian mafia for knowing damning information that could destroy the criminal organization in New Orleans.

Obviously, legal dramas that lack the gritty and devious excitement that comes with unethical behavior would hardly have movie goers flocking to the theaters. True to form, the plot of The Client is built upon a sleazy and cowardly lawyer’s violation of the most fundamental rule of professional conduct, attorney client confidentiality (Rule 1.6 under the ABA Model Rules). In the film, the highly intoxicated Jerome Clifford, attorney for Barry “The Blade” Muldano, tells young Mark, in a suicidal last confession, that Muldano admitted to the highly publicized murder of a state senator and buried the body in Clifford’s own back-yard boat shed. As a result, Mark is thrust into a tug of war between Barry the Blade, threatening to kill Mark if he breaks his silence, and Roy Fultrigg, a formidable U.S. Attorney demanding that Mark tell him the location of the body so that he can prosecute Muldano for the senator’s murder and bask in the political glory of a conviction.

Although the unethical misconduct in The Client starts with Clifford’s suicidal confession, it is hardly the most egregious offense in the film. As Mark begins to understand the predicament he’s in, he hires Reggie Love, a recovering alcoholic and juvenile advocate, to fend off Fultrigg and his pack of FBI lackeys. Fultrigg is the next lawyer who we see blatantly disregard the Rules of Professional Conduct when he attempts to question Mark without his mother being present, and specifically tells Mark he does not need an attorney (in violation of Rule 4.3 Dealing with Unrepresented Person, Rule 4.1 Truthfulness in Statements to Others, and Rule 8.4 Misconduct). Unfortunately for the smooth talking Reverend Fultrigg, Reggie anticipates his bad behavior and catches him in the act by having wired Mark and recorded the entire unethical encounter.

Interestingly enough (but perhaps not surprisingly), it is the film’s flawed heroine, Reggie Love, who commits the most serious violations throughout the film. After catching Fultrigg red-handed, she immediately threatens to expose him with the tape, essentially blackmailing a federal prosecutor. However, this is a minor infraction compared to what she does as the danger to Mark and herself intensifies as the film progresses. Reggie’s next major offense occurs when she barges in to the juvenile judge’s chambers and attempts to sway him in her favor based on their standing friendship (in violation of Rule 3.5 Impartiality And Decorum of the Tribunal). Yet, it isn’t until the film heats up in anticipation of the climatic discovery of the senator’s body that Reggie really throws the rule book out of the window. She harbors a now-fugitive Mark, drives him across state lines, trespasses on private property, and helps him break into Clifford’s boat shed in order to find the body all in a race against time and the advancing mafia hit men.

When looking at the characters collectively, it is clear that none of the attorneys have much respect for the Rules of Professional Conduct and instead base their actions on the ultimate pursuit of justice, whatever the cost. The battle between right and wrong and its operation within, and often times outside of, the constraints of the law is a common theme in all of Grisham’s stories. For Fultrigg, justice means a conviction for the murder of the state senator and the unraveling of an extensive crime syndicate. For Reggie, justice means protecting the civil liberties of an innocent boy who was simply in the wrong place at the wrong time. Both characters are driven by their own personal beliefs of what justice truly is, and how far they are willing to go to achieve it.

At the end of the day it’s quite clear to anyone familiar with the Rules of Professional Conduct that all of the attorneys in the film would likely be disbarred for their actions in the real world, but then again, what fun would that be to watch? 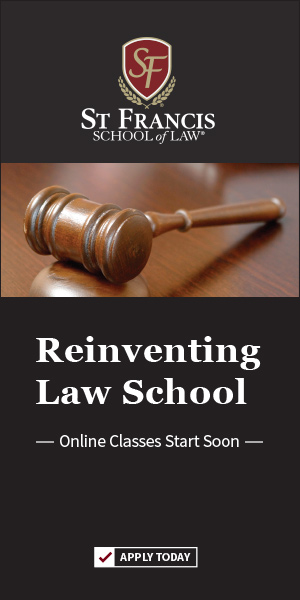 The website only holds general information and is not legally bound to be answerable in any terms of the information it provides. It cannot be considered as a substitute for legal advice or laws.